Even if this was the First Beermile Race in Romania we took things very strictly and seriously… as it should. The race description, supporting materials, logistic issues and results are approached in the followings.

Supporting materials and documents related to this race can be checked here:

Some of the proposals for the competition logo were:

The race regulations were strictly applied. Though, we encountered some problems because of metric/imperial measuring systems differences…

Kingston Rules clearly specifies the use of 355ml (12 oz) bottles. Unfortunately such recipients can not be found in Central/Eastern Europe which uses extensively the metric system. Beers are bottled here in 330ml recipients. Yes, even american beer delivered here comes in 330ml bottles! That makes a significant 100ml for the total difference of liquid (4x25ml). Being logistically difficult to supplement with 25ml each shot, different compensation solutions were proposed. Some were more accurate others far from it.

Finally the compensation was decided to be a supplemental 5 seconds (average time needed for 100ml), converted into an estimated 20m of track. Many voices considered one can not compensate beer with distance and everybody agreed with this, but we had to choose for the best of our options. Having a supplemental of 100ml of beer raised a lot of logistical problems. Supplement each shot with 25ml but how to keep this quantity of beer unopened until entering into the transit area as stated by Kingston Rules? How to make accurate measures? Having the whole quantity at once raised the other issue of timing: when? Which lap? All at once? In the beginning, at the end lap? And once again, how to keep it unopened until entering into the transition area? As so on…

Also, with this we kindly request advice from Beermile Officials for next events in order to have an officially approved race in Romania. Please offer your advice! How can we extend Kingston Rules to make it work under such 330ml conditions?

To simplify all this we decided not to get stuck with it and to extend the track with some reasonable proportion. So, the race track was decided to be 1630m long as shown.

Some other amendment was imposed by the girls that argued to the use of alcohol. So, two categories were accepted – only temporarily to promote this competition locally. ELITE category with 4x330ml, 5% beer and HOBBY category with 4x330ml beer (non-alcoholic accepted). Yes, many voices argued this is against Beermile spirit but our pleasant surprise was that all competitors registered for ELITE, girls included.

Unfortunately, because of the tremendous tension of this historical moment all runners took a shortcut alley and not on the official track which was on the second turn on the left, not the first one after the start point. That led to a shorter lap of approximately 320m (instead of 400m), as shown.

Because of this the timing results also posted on the Beermile site can be nice looking, but obviously these can not be official Beermile results.  The experience of this first edition will be our support for official results next time.

Because there will be a next time! 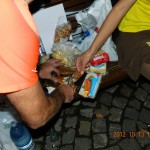 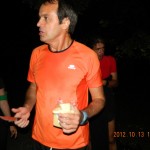 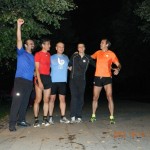 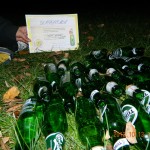 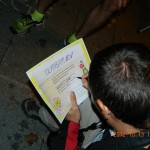 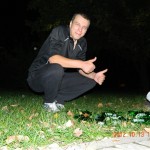 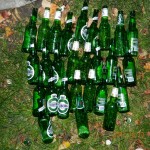 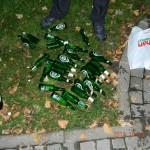 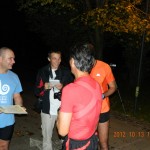 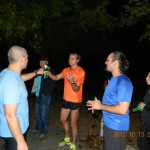 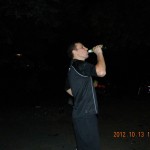 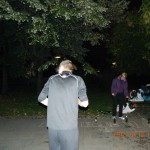 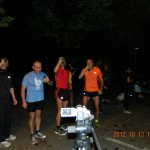 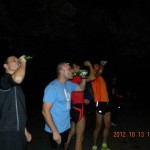 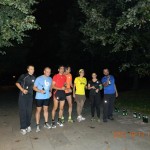 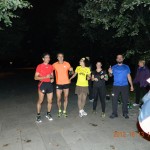 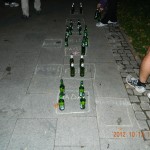 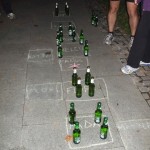 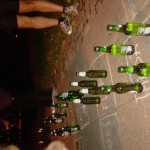 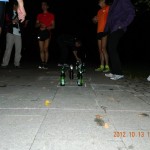 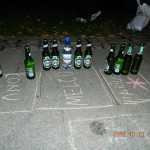 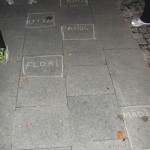 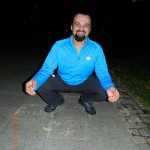 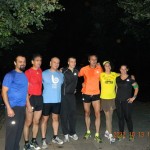 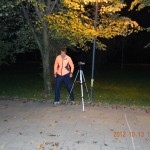 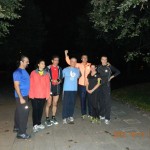 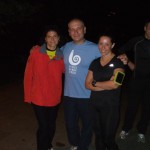 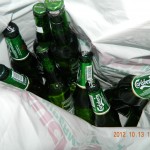 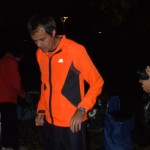 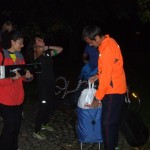